The Mabscott (WV) Volunteer Fire Department had previously purchased two custom engines from Sutphen Corp., so when it decided it needed new pumper on a short wheelbase that would be maneuverable for mountainous terrain, it again turned to Sutphen to build the rig. 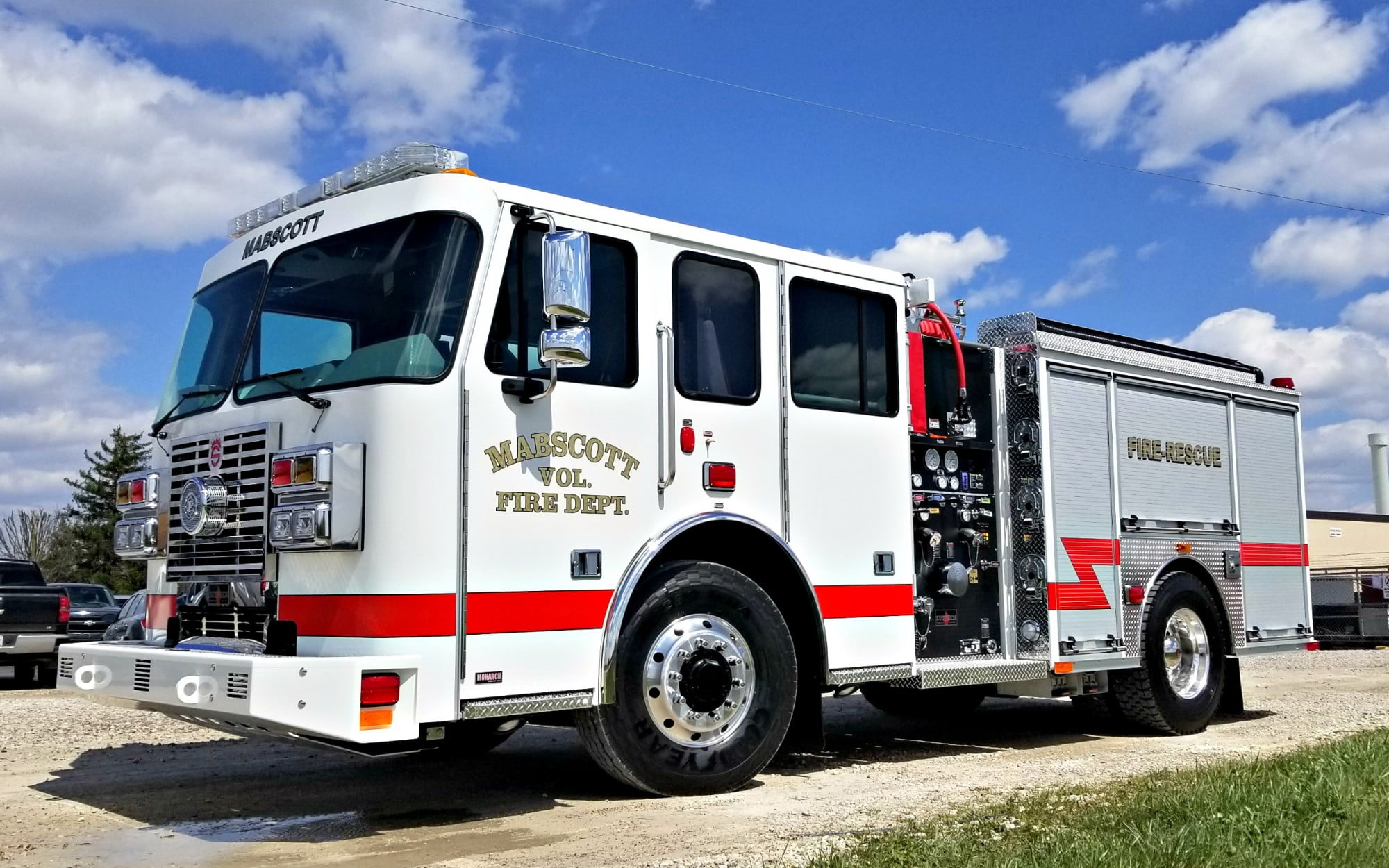 Tim Zutaut, Mabscott’s chief, says the department’s single station in the Appalachian Mountains houses 18 volunteer firefighters, three engines, three tankers, a rescue truck, an aerial ladder, and a brush truck. “The roads get snowy and icy in the winter, and sometimes we have to take our trucks off road, so we wanted four-wheel drive on our new pumper,” Zutaut points out. “We also wanted the pumper to have a short wheelbase and good angles of approach and departure.”

Justin Howell, Southeast region sales manager for Sutphen, says Sutphen had previously built a number of wildland urban interface (WUI) pumpers on short wheelbases with four-wheel drive and pump-and-roll capability. “We extracted some of those features and incorporated them into a short-wheelbase pumper with an EZ Trac all-wheel-drive system,” Howell says. “The finished pumper has a 167inch -wheelbase, a 27-foot 9-inch overall length, and a 9-foot 6-inch overall height.” 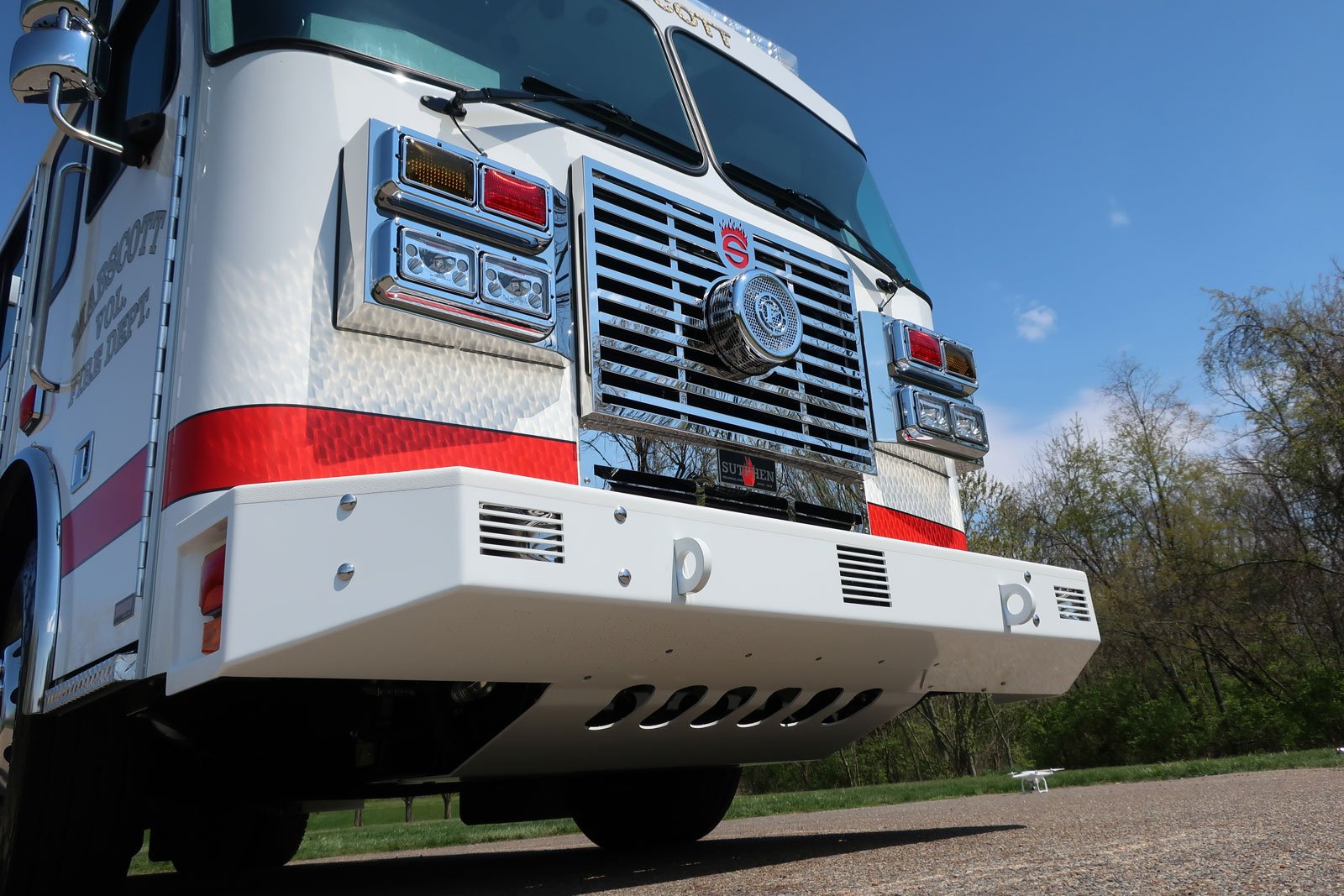 Mabscott’s new pumper has a 17-degree angle of approach

Harry Sutphen, owner of Heritage Fire Equipment, who sold the engine to Mabscott, notes the new pumper is built on a Monarch heavy duty custom chassis with a flat-roof 56-inch extended cab set up for four firefighters, powered by a 450-hp Cummins L9 diesel engine, and an Allison 3000 EVS Gen5 automatic transmission, with a 320-amp Leece Neville alternator. “The pumper has a 17-degree angle of approach, and a 15-degree angle of departure,” Sutphen says, “a flip-up tailboard, and a 10-inch-high urban interface steel bumper with a steel skid plate underneath.” He adds that the pumper has more than 200 feet of compartment space covered by Amdor roll-up doors and an Alco-Lite ladder package of one 24-foot two section extension ladder, one 14-foot roof ladder, and a 10-foot folding ladder on the rig’s right side. 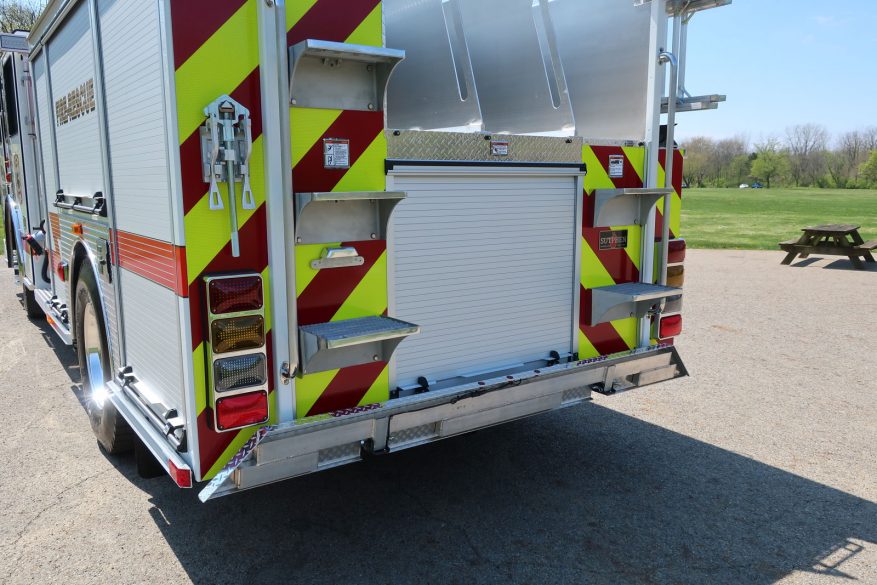 Angle of departure on the Mabscott pumper is 15 degrees, which is assisted by the vehicle’s flip-up tail board.